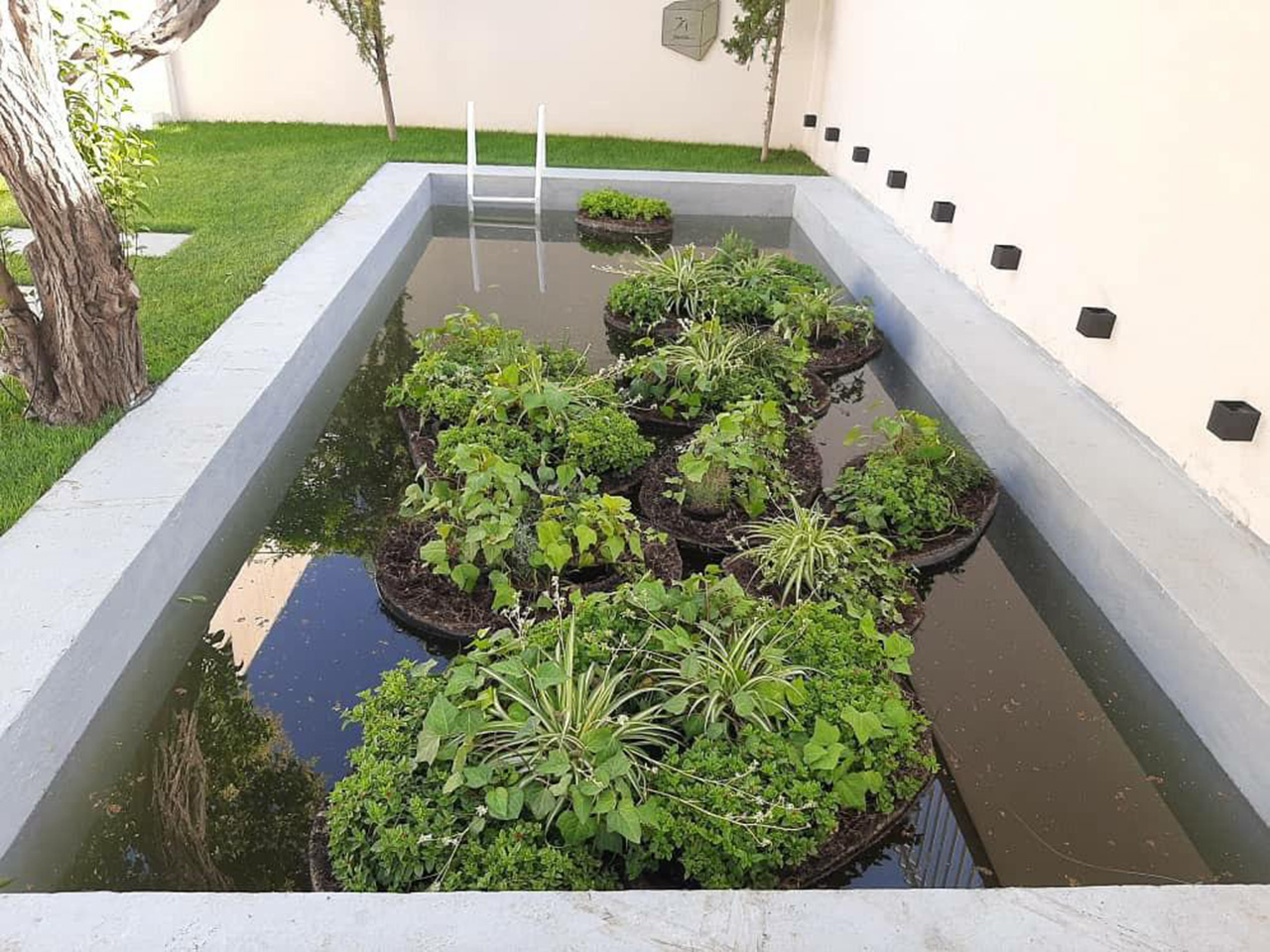 * Statement
Whenever everything seems calm and silence prevails everywhere, most likely there’s something terrible brewing in secret. Something grows and moves in silence unbeknown to us, an incubated illness or a hidden crime. The danger looms, approaches noiselessly, without any apparent sign, and slowly as the forests of red moss, it grows and multiplies. The green monster, without anyone noticing the speed of its movement, covers, and environs the lagoon in deep silence and mutes its clamor. It happens so painlessly that it won’t even become perceptible to anyone.
* This time-based project is based on a work called "The Goddess of the Lagoon" (96-95 Puneh Oshidari). The project relies on one of the threats to the Anzali Lagoon’s biome, an invasive plant called Azolla. In the above-mentioned installation, the image showing the floor of a clear pond gets gradually masked and concealed over several months by the rapid growth of the Azolla plant that covers the water surface. The process of the plant’s growth and the water surface getting covered was photographed on a weekly basis and it was an important part of the artwork. In the work called "the hideout (2)" there is an attempt to provide a different understanding of the installation with regards to Tehran's climatic conditions.
* Non-native Aquatic plants such as Azolla and Water Hyacinth invaded the Anzali Lagoon many years ago due to human error, and today they cover a large area of the lagoon. In the case of Azolla, its high growth rate enables it to rapidly cover the freshwater surfaces and prevent the sunlight and oxygen from reaching the water, and by consuming oxygen and nutrients and increasing water acidity, it depletes the habitats to such an extent that their biodiversity starts to gradually vanish. Instead, hypoxia emerges and gradually transforms the pond or the lagoon into stagnant, inhabitable swamps. 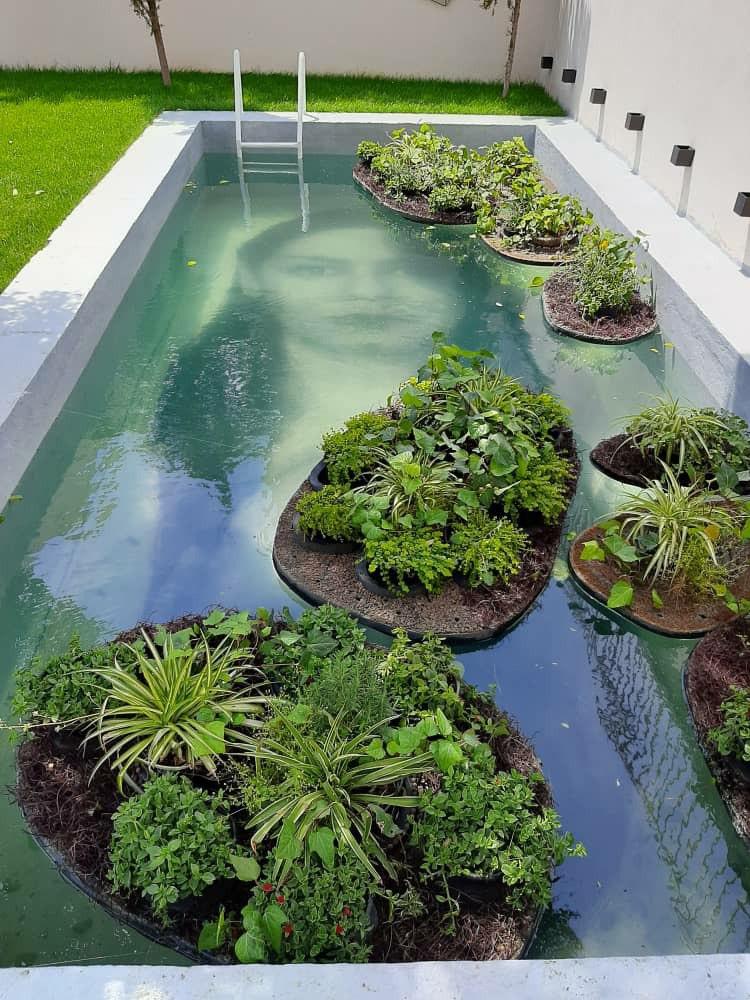 * Bio
Pooneh Oshidari is a visual artist born in 1984 and based in Tehran. “Time” is the essence of Oshidari’s recent works; both in terms of the conceptualization and in the development and presentation. Her professional career began in 2007 by participating in Iran's 7th Painting Biennial and holding her first solo exhibition in Tehran. During 12 years her works were exhibited in 10 solo exhibitions in Tehran, Paris, Clermont Ferrand (France), Los Angeles and Kuwait. She is participated in more than 90 group exhibitions, festivals, art residencies and art fairs in Iran and around the world. The content of her present works has roots in 2011 when she started researches on Persian myths, and later, references to the nature became more prominent in her works. In addition, over past years, she had more serious experience in working with organic mediums and time-based media, which was positively inspiring in her recent projects. The two recent important projects were with Artistes en Residence in 2016 and Cite international des Arts in 2018, France.